However, a woman who looks at you and then looks away, and perhaps sneaks another glance, is probably flirting with you a little.

#2 Playing with her hair. The twirling of the hair around the finger move is as old as time, but also generally playing with her hair and fidgeting a little. If you see this accompanied with any of the other flirting signs from a woman, it’s a pretty hard signal towards flirtation city!

#3 She tilts her head towards you and looks interested. Okay, so she could be genuinely  interested in what you’re saying, but if you notice this sign and it’s accompanied by any of the others, it’s likely to be flirtation. She wants to show you that she’s fascinated by what you have to say. She’s flattering you with her attention.

#5 She smiles in a coy way. Coyness means that she wants you to notice that she’s interested, but she’s not ready to go all out and show it clearly. She’s testing the waters and seeing if you pick up on the signs and reciprocate. It’s also likely that the coy smile move is accompanied by her looking at you and then turning away move. Classic!

#6 Biting or licking her lips. If she’s talking you and looking at your lips or biting/licking her own lips, there is a very good chance that she’s flirting with you. She might be doing this on purpose or subconsciously. It’s a very flirtatious move. When you think about it, the lips are quite sexual, so she’s drawing attention to them and hoping that you show interest back. 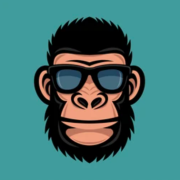 4 Tricks To Look Better in All Your Selfie Pictures

Any cookies that may not be particularly necessary for the website to function and is used specifically to collect user personal data via analytics, ads, other embedded contents are termed as non-necessary cookies. It is mandatory to procure user consent prior to running these cookies on your website.

We have detected that you are using adblocking plugin in your browser. The revenue we earn by the advertisements is used to manage the website, we request you to whitelist our website in your adblocking plugin. Warm regards - Admin.